Furbaby will be THE pet care operation that combines excellent pet care services in a convenient one stop location or on-site to create valuable and unforgettable experiences from the: 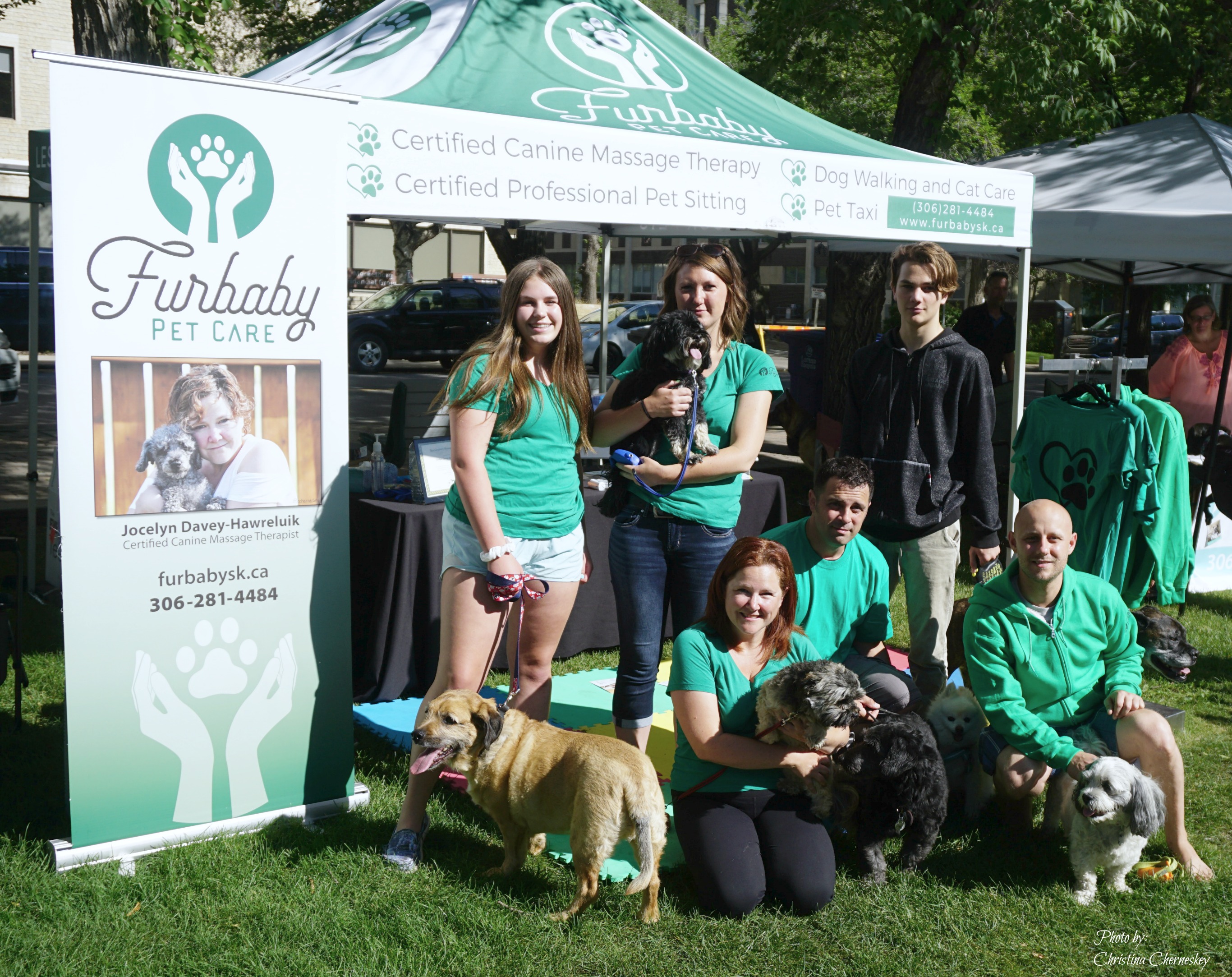 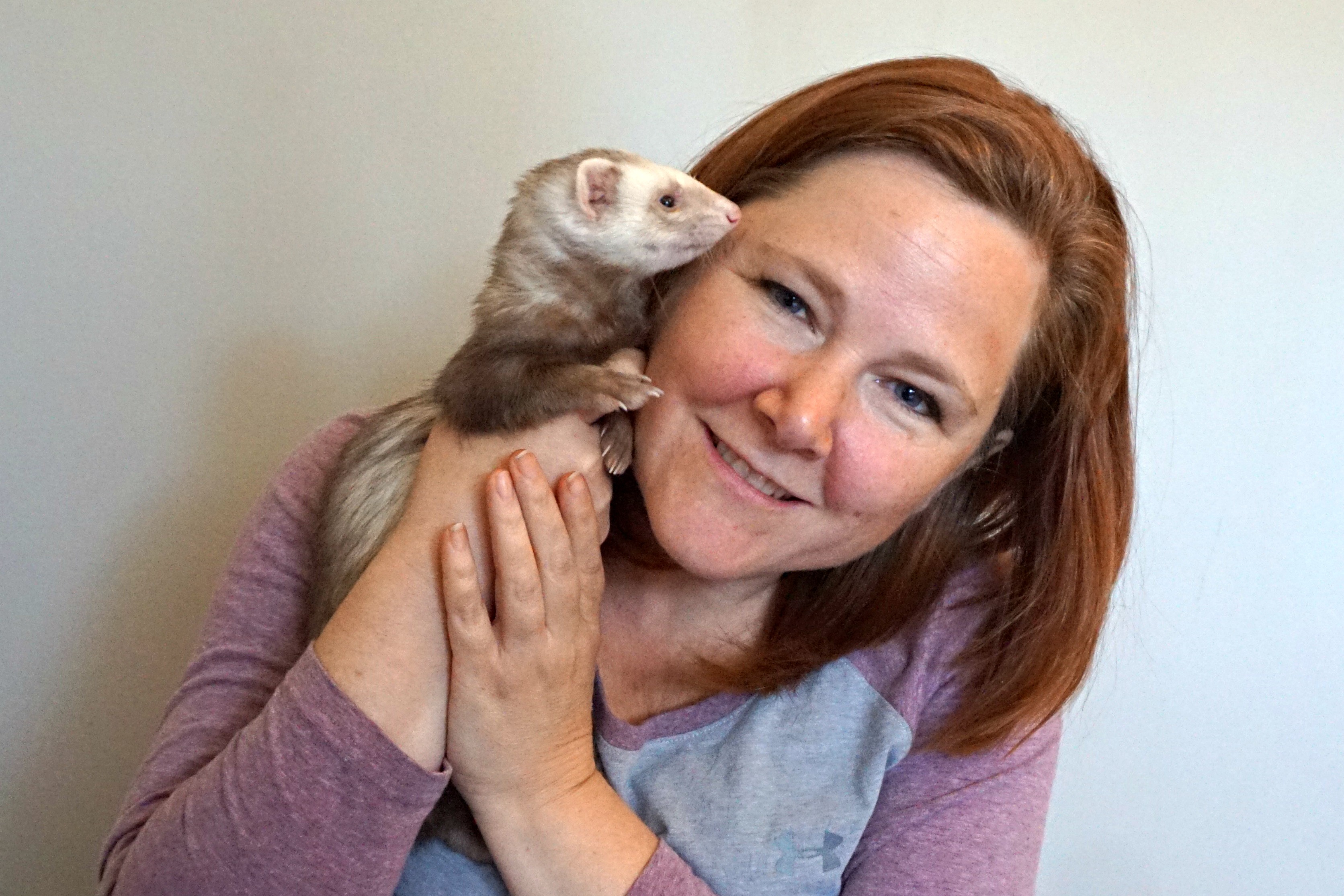 Jocelyn is not only a pet lover but a professional dedicated to her career. Growing up with dogs, spending time on a farm and having years of experience with animals who have a range of needs has given her the drive to create a business that incorporates holistic pet care practices. Jocelyn is a Certified Canine Massage Therapist (CCMT) and Certified Professional Pet Sitter (CPPS). She also has numerous other pet education courses, but her real talent is her connection with your furbabies! 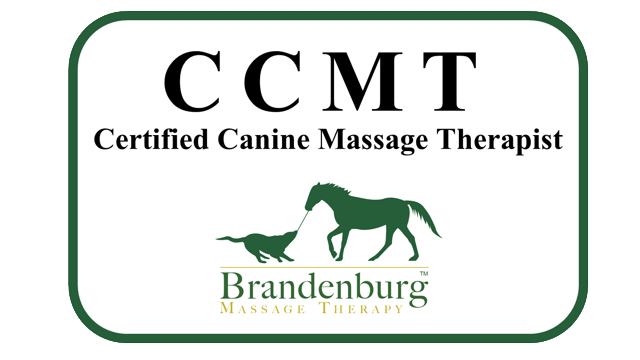 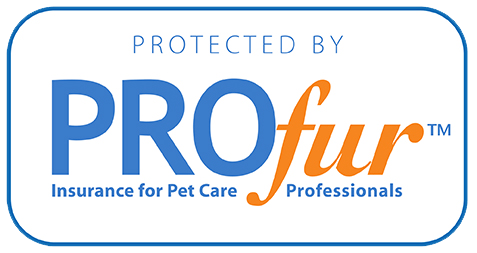 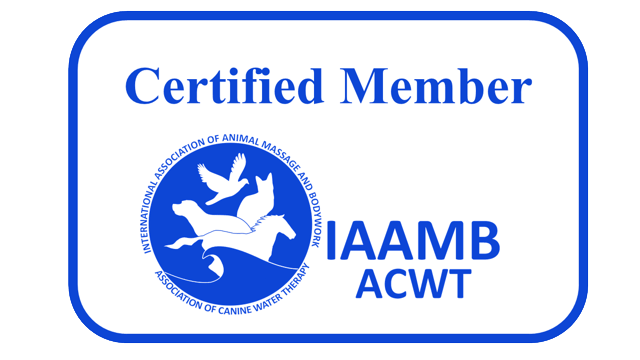 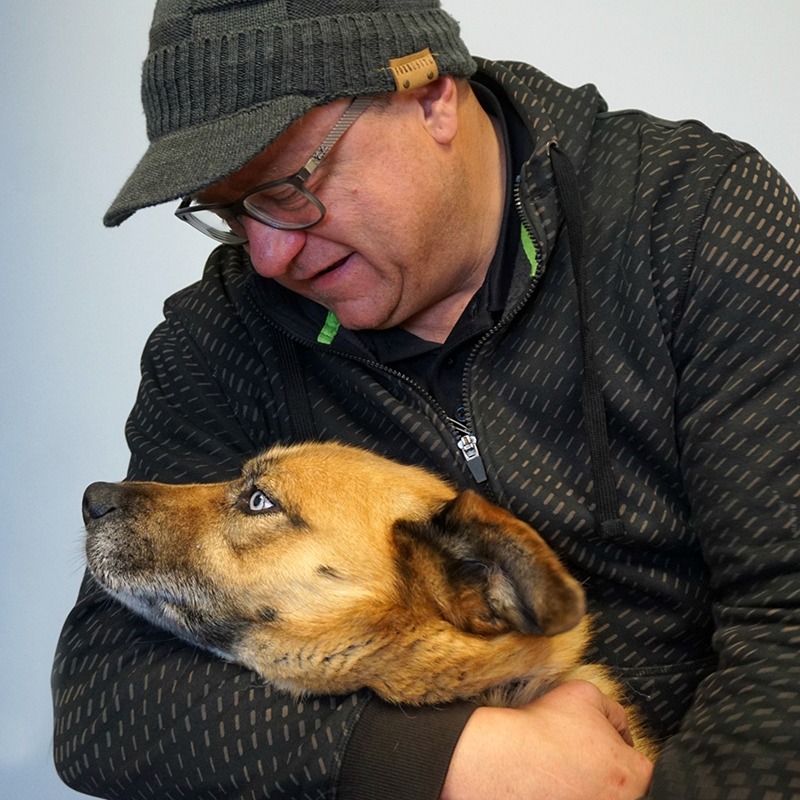 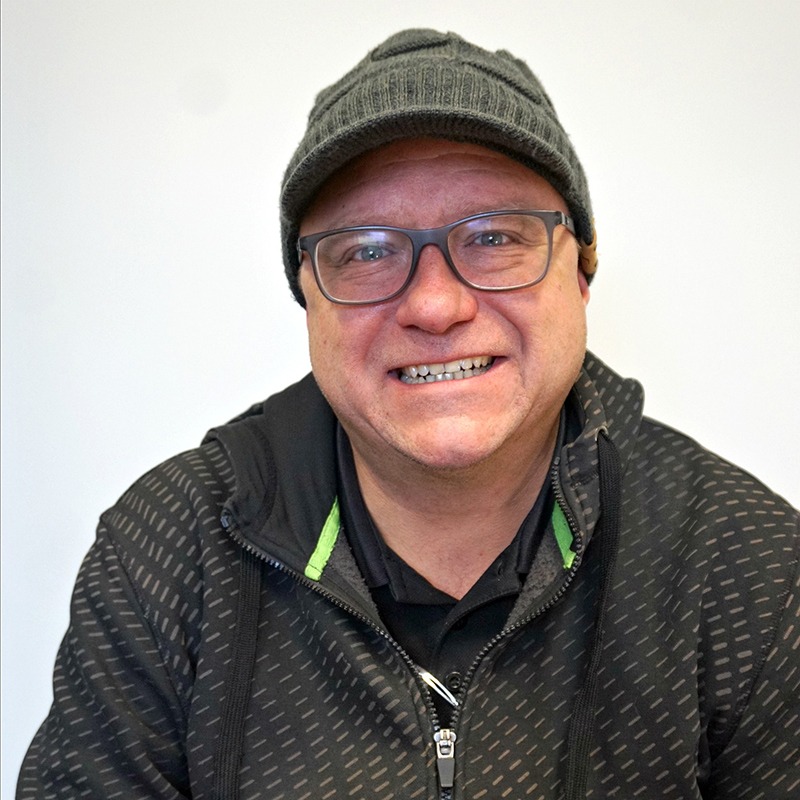 Kevin Sorokowski’s life went to the dogs pretty early on. His mom’s brother’s family bred Toy Poodles and by the fifth grade, Kevin had taken home a baby Toy Poodle (just 8 weeks old!) in his pocket. Although this dog was supposed to be his, Kevin’s mother quickly usurped this puppy’s love from Kevin: “She fed the dog French Vanilla ice cream, what chance did I have?” Explains Kevin.

Long an animal lover of all sorts of furred (and other coverings) pets, Kevin has more recently began to take the responsibility of dog and pet ownership much more seriously. He put his name in for a Dog Park Ambassadorship (yes, that is a thing. No, really), which he received from the City of Saskatoon. Ask him about Fred Mendel Off-Leash Dog Park, we dare you too. Even more recently, Kevin has begun working towards his Pet Pro status through Pet Sitters International which has him embarked upon a much deeper, more fulsome understanding of the cat as a fur baby that people not only desire, but benefit from as companion animals.

Up next: Ferrets…? Who knows, for sure? 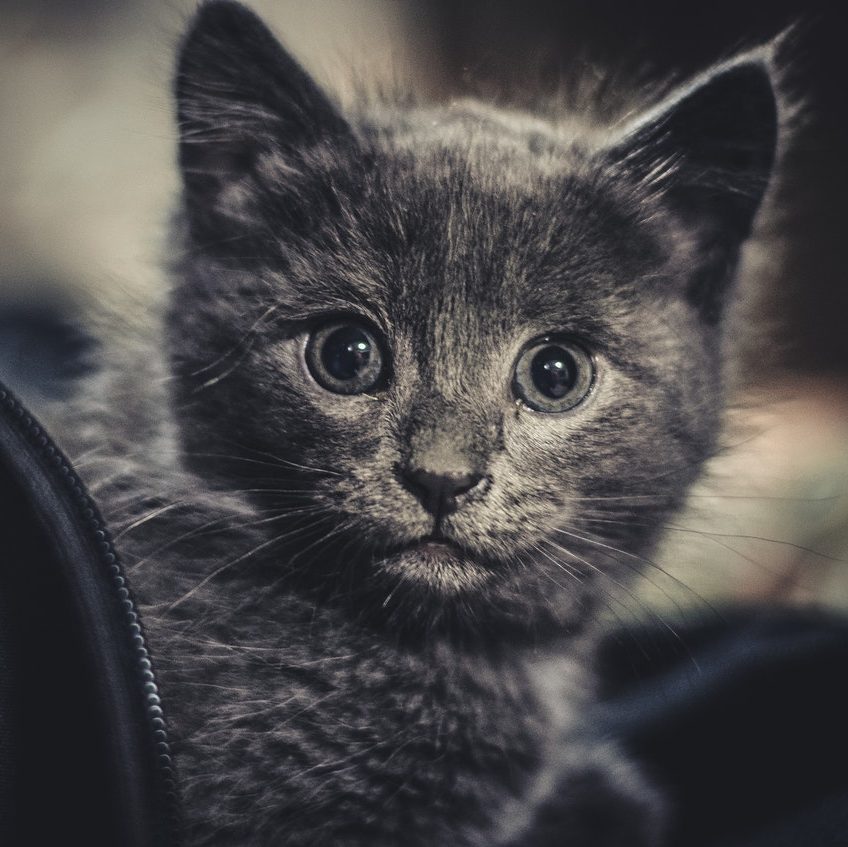 I enjoy the challenge of balancing the books everyday for Jocelyn and Furbaby. I ensure the bills get paid, our outstanding receivables come in and most of all that the team gets paid. I have been married for over 50 years, have 2 wonderful children, 6 amazing grandchildren and 1 most adorable great-grandchild! 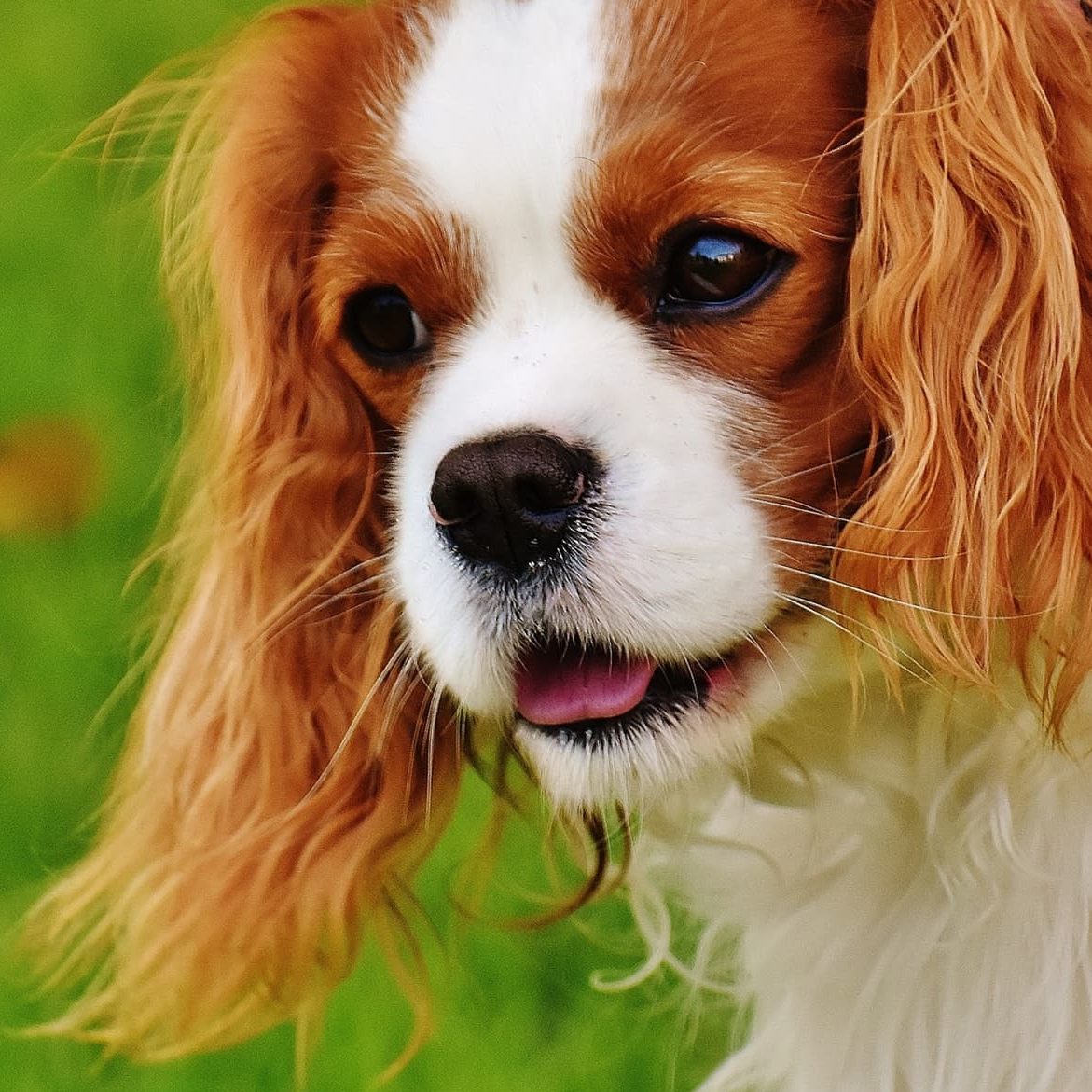 I have spent many years being the custodian for large public facilities. I am proud to now be able to bring this skill to the Furbaby team! With my position, I ensure the cleaning is not only done, but done with environmentally preferred and pet safe products. Personally, my greatest achievement is being a dad! 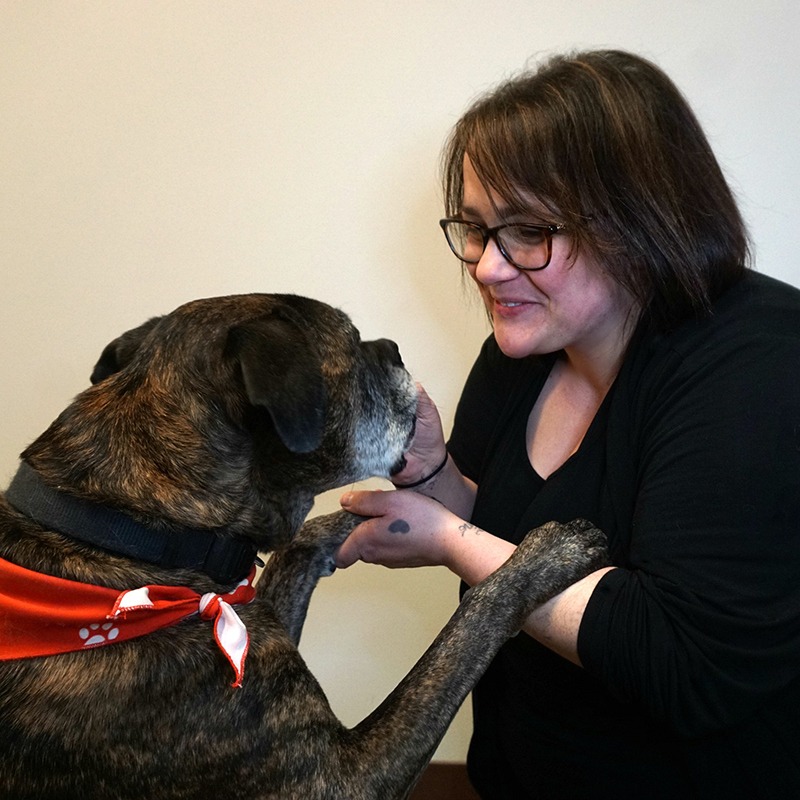 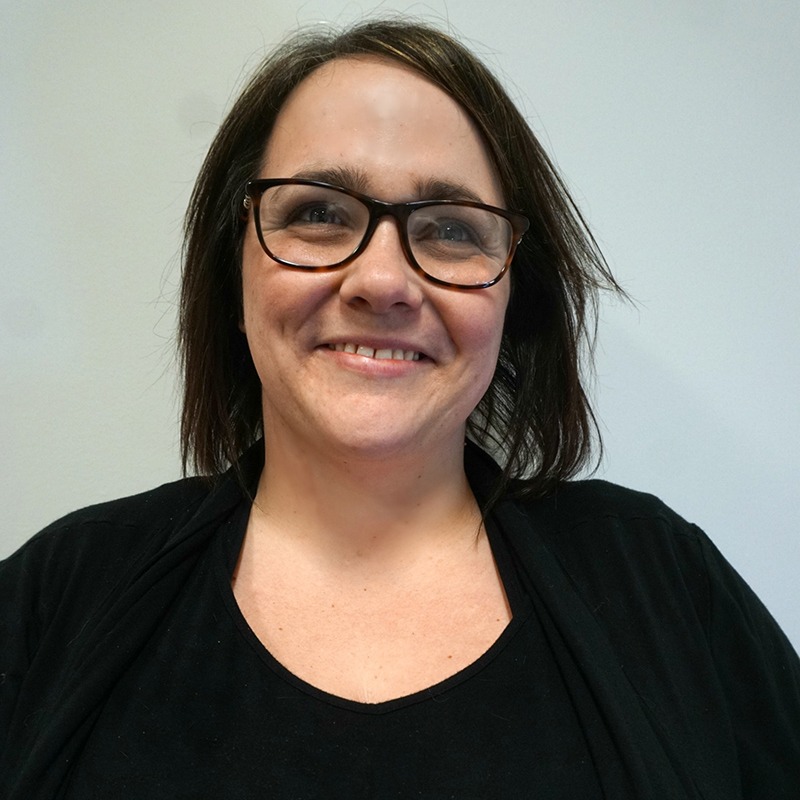 Hi, My name is Erin. I was born and raised in SK – having grown up with, loved and cared for animals my entire life. I know there is nothing that compares to the unconditional love and everlasting impact they have on our lives. Growth, experience and a love of furbabies has lead me to be a part of this most fulfilling career as a part of the crew here at Furbaby Pet Care. 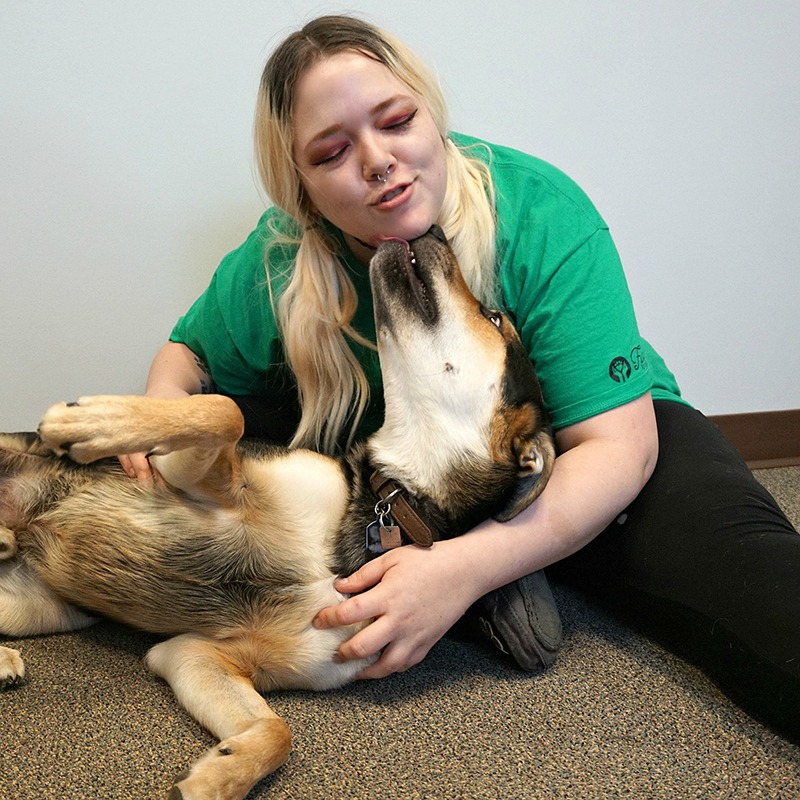 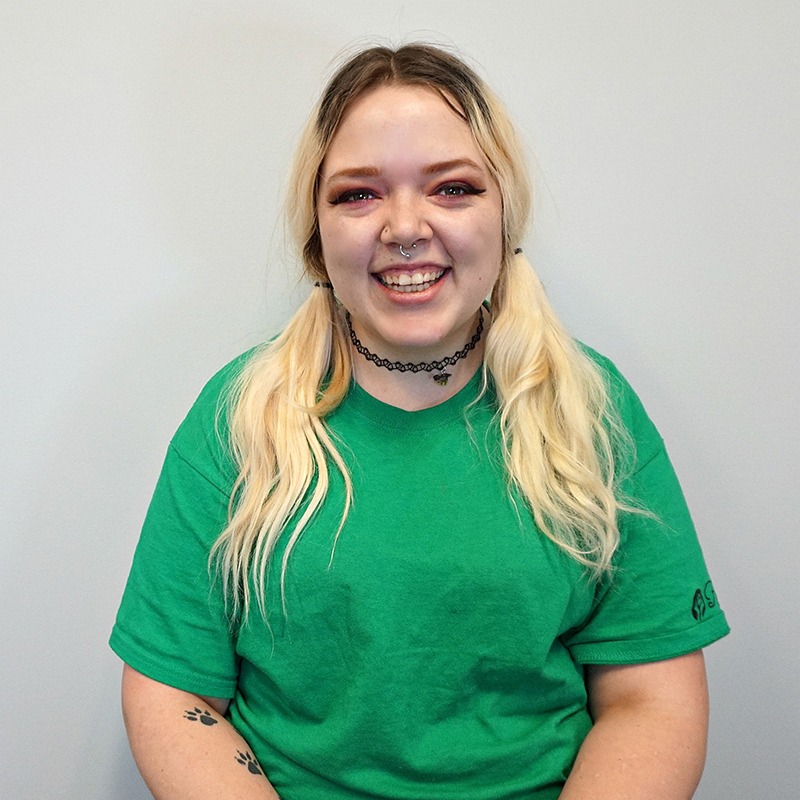 Hi! My name is Jazzmine, but most people call me Jazz. I’ve grown up my whole life having a passion and love for all animals (furry, scaled, feathered, etc) and extend that love through having my own family ‘zoo’ at home from rabbits to lizards. The two always by my side are my dogs Kahlua and Maui. 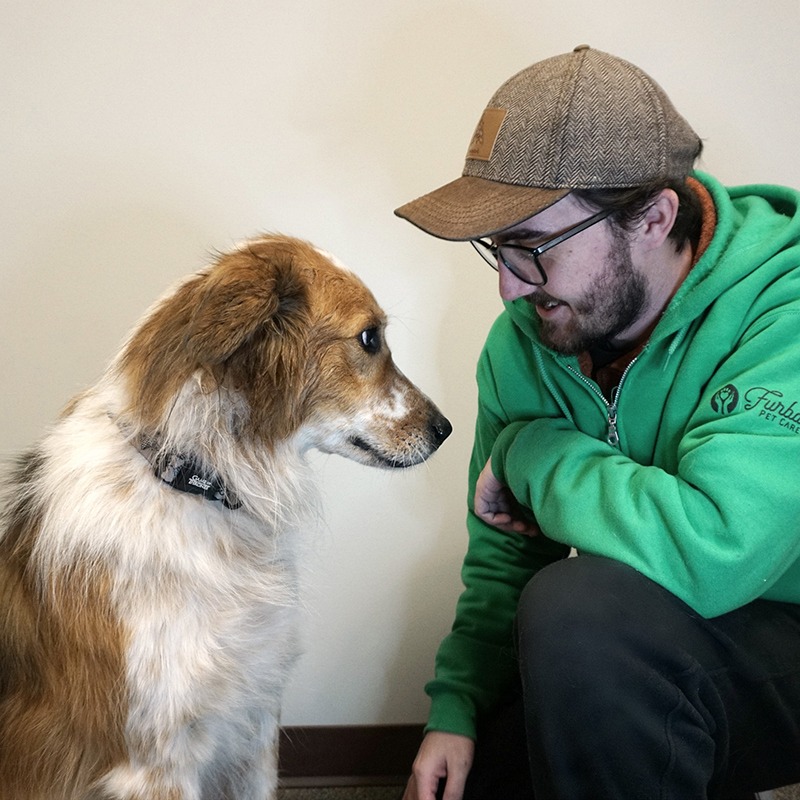 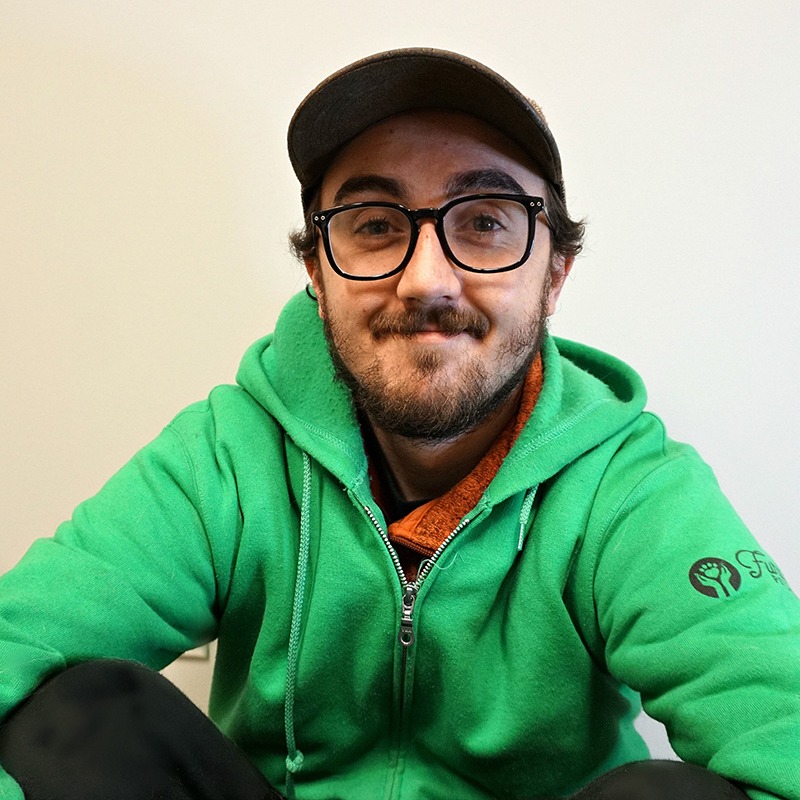 Growing up in rural SK, I developed a strong bond with animals from a young age. I soon discovered they are much more compassionate and intelligent than most people realize. I enjoy educating myself on the welfare and care of pets so I can provide them with a comfortable a safe environment. My dog, Hendrix, has taught me how strong a bond between animal and human can be. 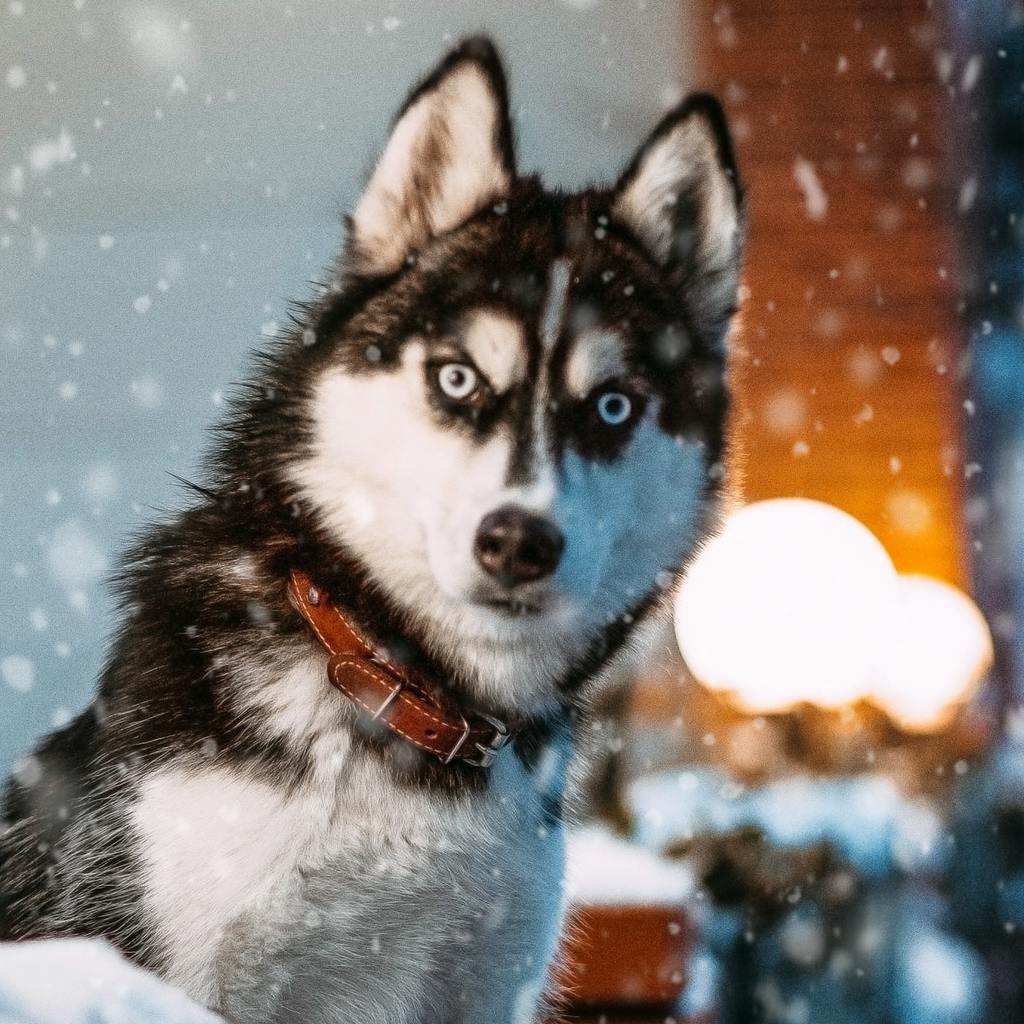 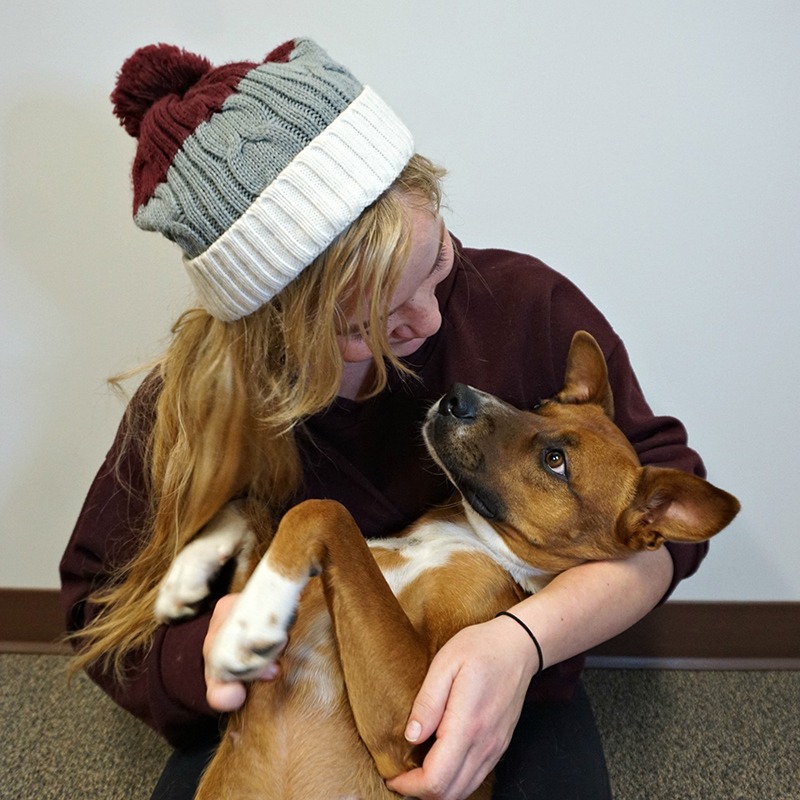 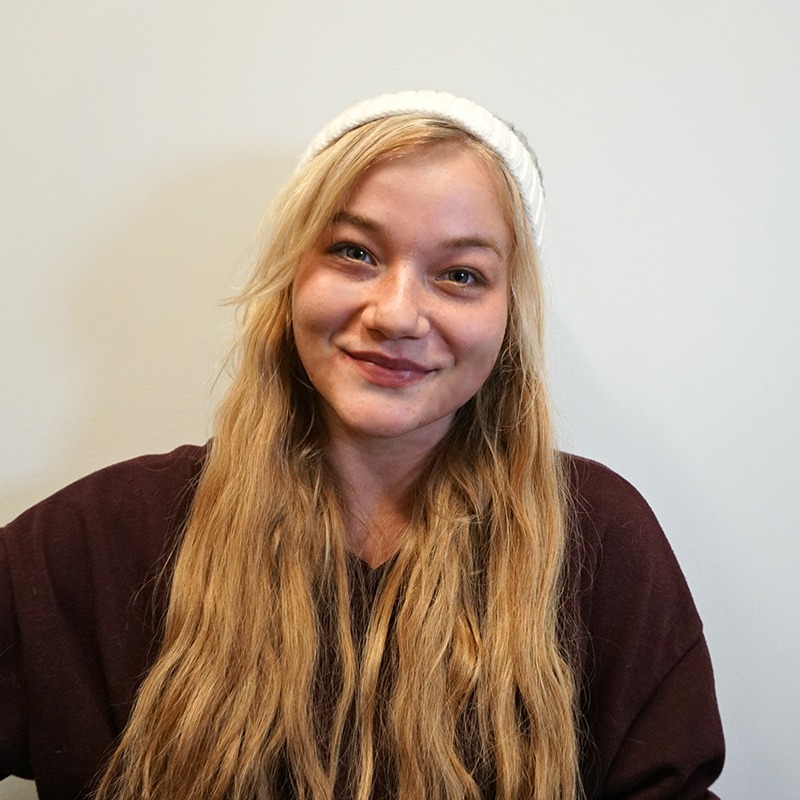 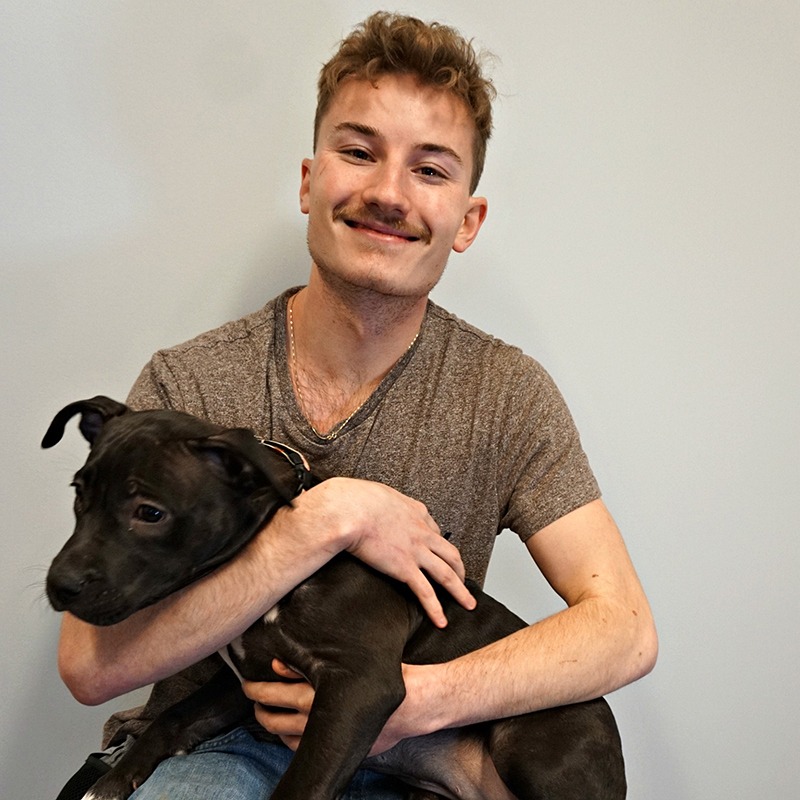 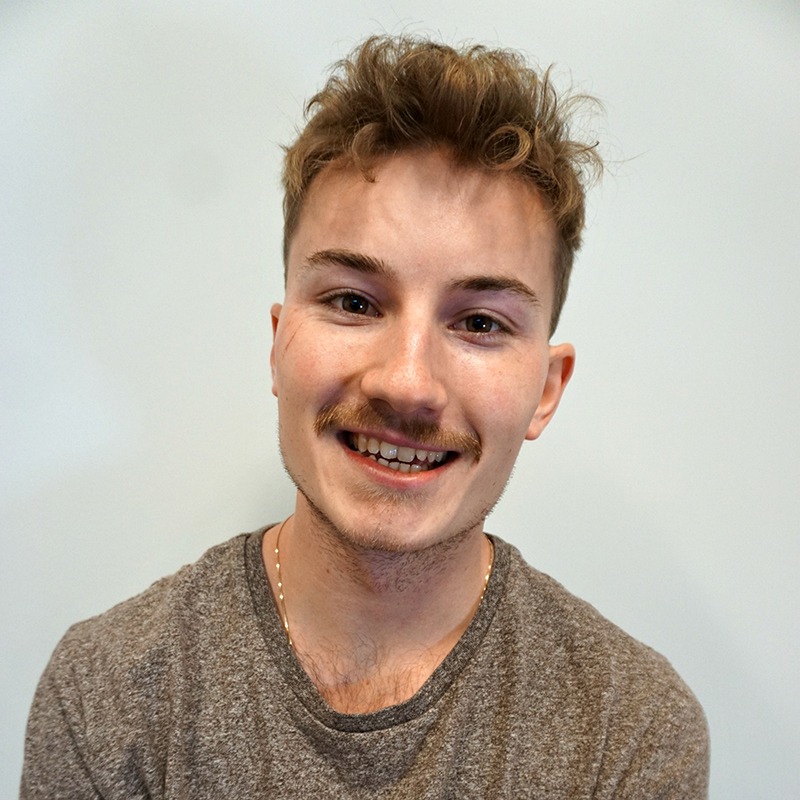 I’ve been an animal lover for as long as I can remember. I love spending time with all different kinds of dog breeds and personalities. Along with animals, I love staying active and being outdoors! This is where my position here at Furbaby as one of the mobile pet care providers is a perfect fit. It is awesome getting to build relationships with all the furbabies and the parents.

Being nominated to be a part of www.trustedsaskatoon.com means a lot to us! We take pride in our customer service, and being there for our clients and their furbabies. For our clients, being TRUSTED is everything!

We are featured on the Trusted Saskatoon directory and are part of a trustworthy community of Saskatoon businesses run with integrity. In addition to being checked and verified as Trusted Saskatoon Pet Care professionals, we are also contracted to uphold the 5 TRUSTED GUARANTEES  by a local third party.